‘Can’t believe that such a small producer can win such an Award!’ – and comments like it – were said to us all day. But why not? We recruit independent testers and judges to put all products through their paces, and do our best to ensure a level playing field. There is no canvassing nor voting in our Awards – which unfairly favours brand with big budgets and bigger social media presences – and we ask those testers and judges to be completely honest about their thoughts on the products. The winners are the winners – whoever they may be!

Other major winners were Neal’s Yard Remedies – whose products all performed so well, and were runaway victors in the Best FreeFrom Brand award – and All Natural Soap Co, who took the inaugural FreeFrom Achievement award. The full results can be seen here.

As Janey Lee Grace – who has been a great supporter of our Awards since the beginning – said during her speech at the presentation, after presenting the winners with their certificates, it is being increasingly appreciated that natural and freefrom skincare products are, frankly, better than their high-street, mass-produced counterparts. And this is the feeling we get too – more and more people are becoming as interested in what they put on the skin as in what they put in their mouths – which is why there is now so much skincare sitting alongside the food at the annual Allergy and FreeFrom Show and Love Natural Love Organic Show – something that many visitors to our stand confirmed.

While we’re on the subject of our stand … working at an exhibition stand for three days, as any of the exhibitors might tell you, can be pretty exhausting. One’s sanity can also take a vacation. As evidence, here’s a pic of Michelle and I, attempting to reinvigorate ourselves with some spontaneous energetic movement (it does not deserve to be called dancing, by any stretch) … I can’t imagine what the lady in the background was thinking … 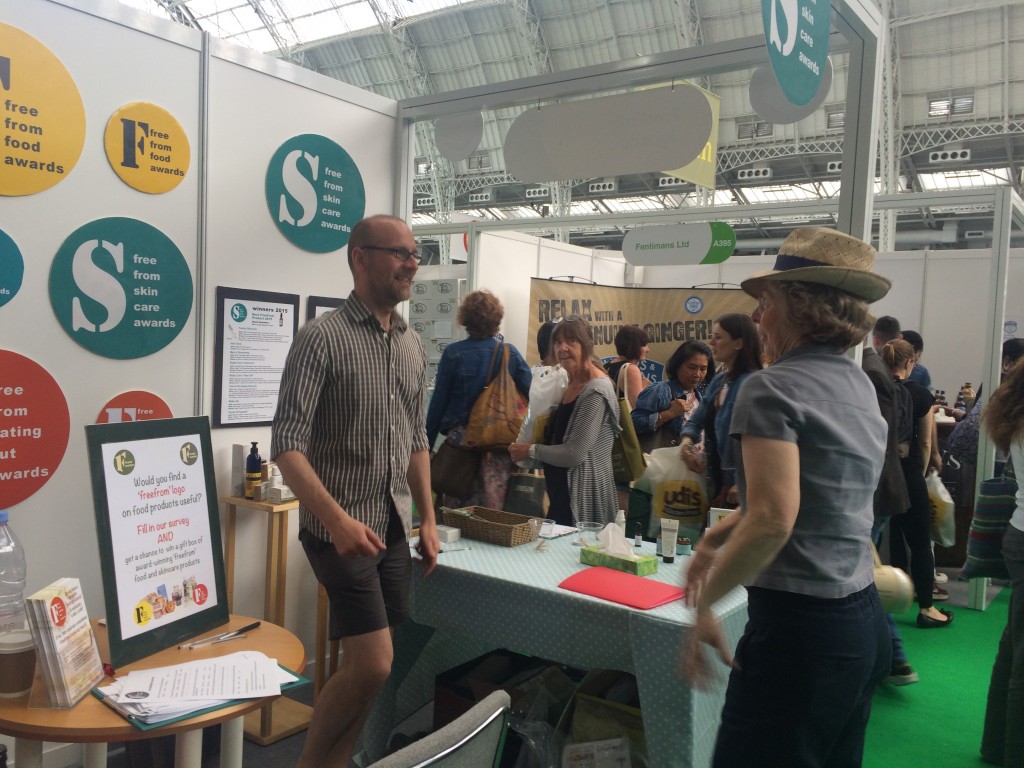 But seriously, even if running these Awards can be an awful lot of hard work, we do feel it’s worth it. We hope these awards contribute to that growth and improvement in the sector which Janey reported on, and also that they help those who need or want to avoid certain ingredients in their skincare products, find possibly suitable ones which perform superbly.

Roll on the 2016 Awards! Although we don’t want to think about those for a few months yet …