‘Free From’ labelling is based on fear. So declared a cosmetics industry panel at a summit last year, as reported in Cosmetics Design Europe last month.

No, we countered in response. ‘Free from’ messaging is vital to those with allergies, or environmental, ethical, religious or other personal considerations. The problem is with the misuse of ‘free from’ – ‘free from toxins’, for example.

We were glad Cosmetics Design Europe picked up on it, and asked us for comments for a follow-up article, which appeared here.

It’s not the first time we’ve dealt with this issue, and some tweets from chemists in recent days about our FreeFrom Skincare Awards – which open on 1st February – gave us cause to revisit the subject.

“The words “free from” in your award create alarmism,” one told us. “It implies the ineligible items are harmful.”

Does it? Does the so-named “free from” aisle in the supermarket create alarmism, and does it imply that wheat, milk, eggs and peanuts, rarely to be found there, are harmful?

“… allowing known allergens detracts from the “Free From” claim,” said another. “Your award is misleading to thousands of people who have those specific allergies.” 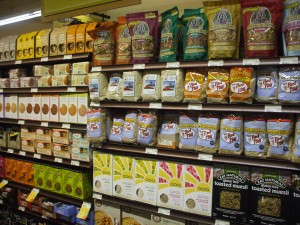 A free-from aisle – not free of allergens

This was a reference to fragrance allergens and food allergens permitted in our awards. Yet it’s impossible to exclude all potential allergens – few products would be eligible. Minimal use of allergens is just one quality we look for. Others – such as effectiveness, VFM, labelling, innovation, versatility – are listed here. This means that, yes, products with allergens do win awards – reflecting strong performance in other areas.

That may seem strange to outsiders, but it’s not strange to those who live ‘free from’ lives, who understand not all ‘free from’ products are suitable for them – but that they are more likely to meet their needs. To continue the analogy: the milk allergic individual must still check the labelling of a product at a ‘free from’ aisle, because it may only be free from gluten and not free from dairy too – yet knows that he is more likely to find a product suitable for him here than elsewhere in the supermarket.

‘“Free from” claims are truly unnecessary’
So says a short-sighted article we were directed to during our Twitter dialogues.

The argument here being that those avoiding certain ingredients need only read the ingredients list in order to determine whether they’re present.

Easy to say that, if you’re not someone who routinely has to do it whenever you go shopping …

Consumers are neither chemists nor fluent in Latin. Long lists of obscure ingredients are hard work. I suppose you could memorise that juglans regia/nigra is walnut, that prunus amygdalus dulcis is almond and all the other nuts – and ingredients – you may need to distinguish. But I find it difficult to process the lack of sympathy from one who’d begrudge a ‘free from nuts’ message to help an individual in this case.

“To proclaim any particular material as being absent implies that there is a reason for its exclusion – because it is not safe” reads the article, “and, therefore, by implication, any product that DOES contain that ingredient is also not safe.”

What surprises me here is that those who (rightly) invoke science, scientific method and research to add weight to their position on ingredient safety, appear less keen to do so to support claims that ‘free from’ is necessarily about scare tactics, or that consumers are being misled and alarmed. Constantly objecting that ‘free from implies the ingredient is unsafe’ fails to make it so. Sceptical chemists and critics seem oddly determined to will this statement towards truth via repetition and dogma. 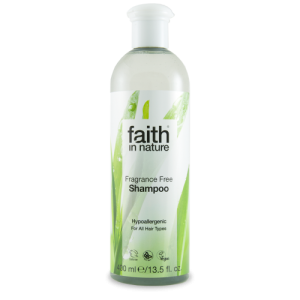 ‘Fragrance Free’ – why is this a problem for some?

Those familiar with the concept of ‘free from’ don’t infer non-safety from it; if others do, then the solution is education, and we’re happy to be a part of it. ‘Vegetarian friendly’ – essentially a ‘free from meat / fish’ message – is understood, and not interpreted to mean flesh is dangerous. Why is this acceptable and others not? What would detractors prefer on already busy labels? ‘Friendly to those with fragrance allergies’ – or ‘fragrance free’? If the wordier former – why?

Safety is not all that matters
‘Science has determined safety so stop worrying about ingredients’: this is what critics and the mainstream beauty industry appear to be saying, a position which assumes safety is the only concern to all consumers, and by logical consequence that all permitted ingredients are somehow equal.

The processed food industry uses a similar tactic to market junk. They do it by indulging myths such as “there are no good nor bad foods” and reassuring us that all food ingredients are fit for consumption (I’m sure they are). Don’t know about you, but I hold that banana and a fillet of salmon are good foods, that a packet of sherbet dips or tub of margarine are not good foods, and do not wish to routinely consume trans fats, saccharin, or high-fructose glucose syrup, for instance – because I want to eat what I consider to be better. Likewise, some natural skincare afficionadas want to consume cosmetics they consider to be better too: and if that’s manifested in a preference for essential oils over artificially synthesised parfum compounds (which we also exclude) (and which to my nose often honk to high hell), then we understand.

If the mainstream subscribes to this notion of ‘equal’ ingredients, for me it begs a question: why don’t cosmetic brands list more of them on front of pack? And why don’t critical observers pull them up on this apparent reluctance?

Nivea namecheck argan oil on this product, and Pantene do likewise on this. Why don’t Nivea put methylisothiazolinone on the front instead – perhaps alongside an image of its pentagonal isothiazolinone ring, which of course consumers will understand because they’re expected to be chemists – and why don’t Pantene likewise declare silicones, alcohol and parfum – which come before argan oil in the list of ingredients, so just imagine how little of that prominently displayed botanical is actually present?

And it’s the ‘free from’ cosmetic community who are accused of misleading?

Free from: here to stay …
‘Free from’ folk buy products outside the ‘free from’ aisle as well; they buy cosmetics in Superdrug and Boots too. We’re not against the existence of mainstream cosmetics in much the same way that, I don’t know, the MOBO awards are not against the premise of One Direction, to pluck an alternative comparison. This is not ‘us versus them’. The typical high street skincare product is just not what we’re about.

But we work with other ‘free from’ awards, and know dozens of people with specific dietary and product needs. Something we hear time and again in their voices is tiredness at having to constantly justify choices, defend needs, and the right of easy access to information. ‘Oh you’re just going gluten-free to lose weight’ many a young coeliac woman is told. ‘Can’t you just open a window?’ – to the person with a fragrance allergy to air freshener. ‘We’re not sure which allergens are in your meal’ – to the sensitive diner. 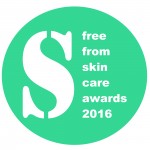 FreeFrom is small, but getting less small. The community is in the minority, but growing, and here to stay. We run niche awards. The EU, we keep being told, often with undisguised relish, is going to crack down on ‘free from’ claims – something we hear is already happening in a couple of European countries.

If this escalates, if the enforcers come after ‘free from’, while turning a blind eye to the larger cosmetic companies for their questionable marketing methods, it is, I fear, going to start to feel like bullying to some in the ‘free from’ community. We’ll protest it if we have the resources, adapt to it if we have to, and support folk where we can. But ultimately we’d rather industry found it in itself to accept at least some ‘free from’ labelling – and produce independent research on its supposed detrimental impact on public perception of cosmetics. Not too much to ask?