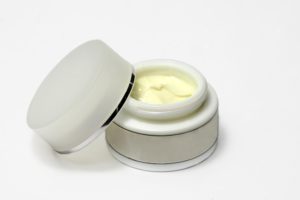 The key source of your future healthy skin bacteria? (Image by andreas160578 from Pixabay)

An interesting study published in The Journal of Cosmetic Dermatology caught my eye recently, which examined the effect on healthy facial bacteria of cosmetic preservatives. You can see an abstract summary here.

The five preservatives tested were methylisothiazolinone — or MI, a major cosmetic allergen in which I have a special interest) — ethylhexylglycerin and phenoxyethanol (both quite common in more natural-leaning cosmetics), and methylparaben (a parabens preservative, common in high-street and mainstream cosmetics, but avoided by some for unproven health concerns). The fifth was iodopropynyl butylcarbamate, which I have not come across much in British cosmetics, but may be more prevalent than I imagine.

As the job of preservatives is to kill or at least inhibit the proliferation of bad bacteria so that your cosmetics do not go ‘off’, it is hardly surprising that they tend to have a similar effect on the beneficial bacteria which make a home for themselves on your skin, and which are key for dermatological health.

The researchers found that all five preservatives “inhibited survival” of the nine facial resident bacteria isolates tested, when tested at the maximum allowed limit.

The effects of preservatives on our skin’s bacteria have been poorly researched, but to my mind this does beg a few questions:

I’m intrigued as to where this subject could lead us, and whether tailored solutions could be the way forward, perhaps based on research into our own personal skin microbiome, in order to indicate which preservatives we should avoid in order to reduce the impact on our good bacteria.

Or even tailored probiotic skincare, with bespoke creams inoculated with your own personalised mixture of healthy bacterial strains, ideally cultured for your own skin.

Who knows what future cosmetic science holds for us?